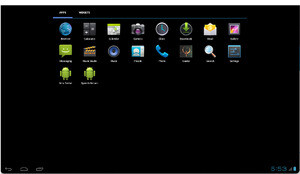 A review of Windroy by Fernando Ortega

Windroy (formerly known as WindowsAndroid) is a free program similar to BlueStacks App Player which can run the Android operating system from a window on your desktop. Essentially, it's an Android emulation that runs on a Windows PC.

At the moment, Windroy emulates the Android 4.0.3 OS, though does not provide immediate access to Google Play store.

In order to install applications with Windroy, you should have access to the actual APK files since this "device" is not a real phone and thus does not come with the official Google Play app.

The program is still in development yet does run apps smoothly and without much issue.. though you won't have access to audio playback such as those in games.

Though still in development, a more stable program to run APK files on your PC remains BlueStacks App Player.

This download is licensed as freeware for the Windows (32-bit and 64-bit) operating system on a laptop or desktop PC from mobile phone tools without restrictions. Windroy 4.0.3 is available to all software users as a free download for Windows 10 PCs but also without a hitch on Windows 7 and Windows 8.

Compatibility with this software may vary, but will generally run fine under Microsoft Windows 10, Windows 8, Windows 8.1, Windows 7, Windows Vista and Windows XP on either a 32-bit or 64-bit setup. A separate x64 version may be available from Socketeq.